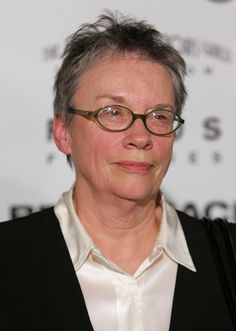 » It’s also a trip into your own family history [évoque le journaliste]. I understand that your ancestor, one Jean Prou, came to a similar place to those your characters arrive at in the beginning of this book, working while indentured in New France in the 17th century.

Yes, he was indentured to a seigneur, around Montmagny. Probably still have lots of relatives there. He didn’t have very good luck with his life. He changed masters – he traded in his indenture, which I didn’t know you could do. He became indentured to someone else and married that man’s 14-year-old daughter. Had many children with her, and then, suddenly, there’s a blank in the record for about 20 years. It’s supposed that he might have gone off and been involved with the fur trade in some way. He got here in about 1666. Died in 1703. But he disappeared for 20 years, came back, owed a lot of money to somebody, couldn’t pay it, died, left a big debt, wife had to sell the farm. And that was all I know. »