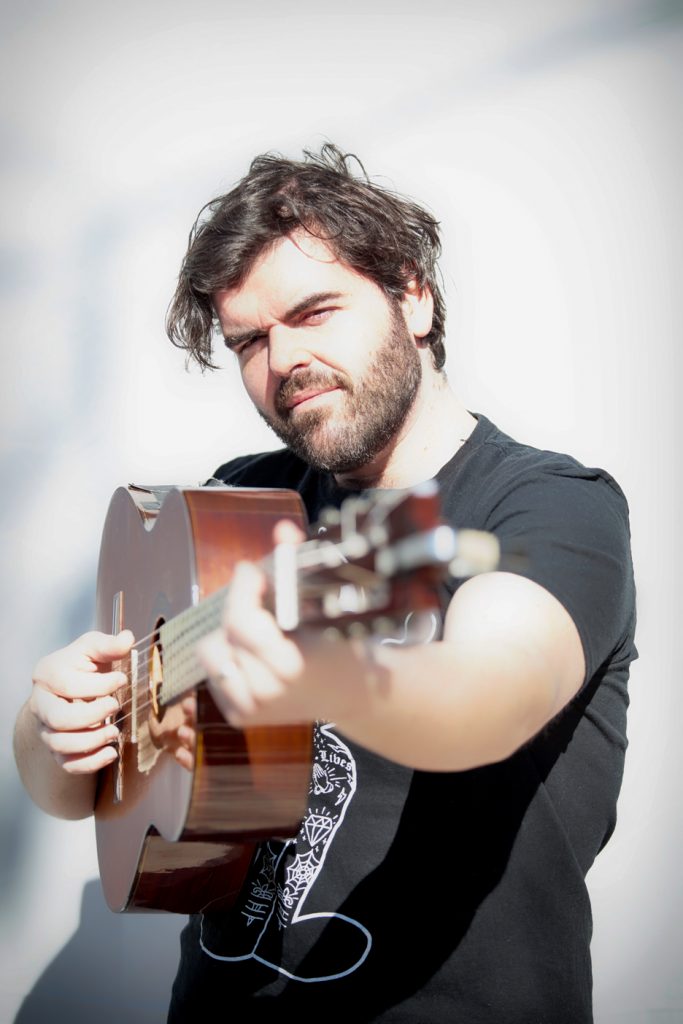 One discovers incessantly beautiful characters in the Proulx families. Some have long died. Others are alive, very alive even. This is the case of Philippe “Pépé” Proulx, an endearing folk singer. We read his cv on Wikipedia:

“Pépé et sa guitare” is the stage name of Philippe Proulx, a Quebec singer-songwriter from Saint-Basile-de-Portneuf. He accompanies himself on guitar or with a ukulele. However, he sometimes appears on stage accompanied by some musicians under the name of “Pépé et son orchestre”.

Philippe Proulx was born in 1978 in Saint-Basile-de-Portneuf. He now lives in Gentilly. He began playing piano at the age of 4, then guitar at 11 years old. He became known little by little by winning several prizes: Songwriter, Festival en Chanson in Petite-Vallée, Découverte de la chanson in Magog and Cégeps en spectacle in Jonquière. He’s now on his sixth album and he’s doing a lot of shows. He has had the chance to participate in the Fringante Caravane with Les Cowboys Fringants, Loco Locass and several other great artists from Quebec.

Philippe will give a show at the Fêtes gourmandes in Neuville at the end of August. The Proulx Family Association will also hold its General Assembly. Philippe is descended from Jean Prou de Neuville and Catherine Pinel, like many Proulx of the county of Portneuf. We invite all of them, and not only them, to join us in Neuville. More about this later.

Until then, you can see and hear Philippe on YouTube. His Marchand de bonheur is irresistible. Congratulations Philippe!

Married in 1699, Jean Préau becomes Jean Prou at his widow’s second marriage in 1712