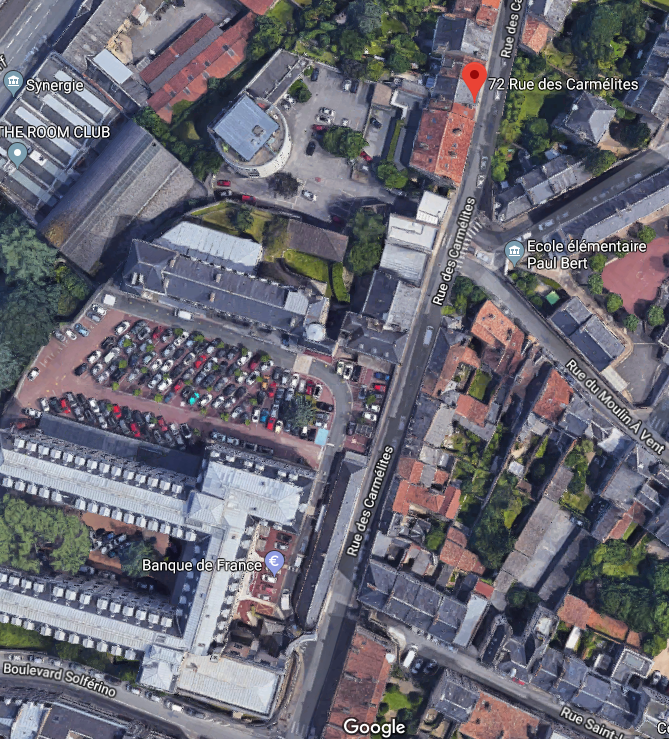 The poitevin genealogist Jean-Marie Germe has just made a superb discovery. He located the precise place where Jean Proust and his second wife Jeanne Chabot lived in the years 1660-1670. It was on the street or the Tranchepied passage in Poitiers. He has just published his discovery in issue 46 of Les Amitiés généalogiques canadiennes-françaises, of which he is the editor.

Today this street disappeared, he specifies, from the street of the Carmelites, between the civic numbers 72 and 74, and led to the place known as the Grottes Tranchepied. The street opened approximately opposite the present rue du Moulin. His place of residence was some 500 metres from the St-Jean de Montierneuf church that spring 2017 travellers visited. 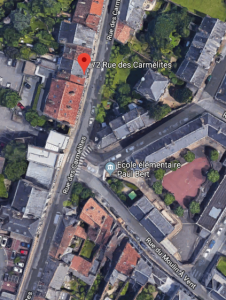 Mr. Germe discovered the address of the Proust-Chabot couple in a lease with a certain Mr. Sureau, of which he reproduces part in his article.

This lease also tells us that Jean Proust was a “master tin shooter”. This is not the metal of the same name, but a kind of wool. This important detail is consistent with the profession of “layne merchant” that he practiced, like his father Nicolas, when he first married Louise Garneau in September 1658. She died in November 1660. Jean will marry Jeanne the following year.

It is still surprising that this tradesman went into exile in New France around 1670 where he learned in 1674 that Jeanne Chabot had died. He then remarried Catherine Pinel, founding one of the six Proulx lines in America.

The meeting in Boucherville will take place on Sunday, June 3rd

Invitation and registration for the June 3rd regional meeting in Longueuil