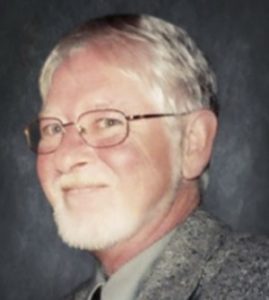 Age 67, of Stratford, passed away peacefully Roger James Proulx, surrounded by his loving family on Tuesday, January 28, 2020 at Rotary Hospice Stratford Perth. Born in Windsor, son of the late Wilfred and Evelyn (Sylvestre) Proulx. Survived by his best friend and true love of 46 years Joanne (Coward) Proulx. Proud and loving father of Nathan (Melissa) Proulx, Papa to Megan and Hannah Proulx and Great-Papa to Jack, Ophelia and James. Roger will be fondly remembered by his siblings; Joyce Poisson, Karen (Frank) Piraino, Bonnie (Tim) Springstead, Jackie (Steve) Czuper, his sister-in-law Florence Proulx, his brother-in-law Wayne Hunter and his mother-in-law Donna Coward, his brother-in-law Brad (Karen) Coward and his sister-in-law Brenda Coward and his many nieces and nephews. The family would like to sincerely thank the wonderful nurses and doctors of third floor surgical at Stratford General Hospital, and also for the wonderful care given to Roger by the staff and volunteers at Rotary Hospice. It is all greatly appreciated. Besides his parents, Roger was predeceased by his brothers, Jim, Ed and Bob Proulx, his sister Linda Hunter, his brother-in-law Richard Poisson and his father-in-law Donald Coward. Family and friends are invited to a memorial service celebrating Roger’s life on Saturday, February 8, 2020, with visitation from 12:30 p.m. until the time of the service at 1:30 p.m. at the W. G. YOUNG FUNERAL HOME, 430 Huron Street, Stratford. In lieu of flowers and as expressions of sympathy, memorial donations may be made to the Rotary Hospice Stratford Perth or Stratford General Hospital Foundation through the funeral home.