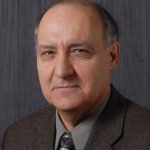 Florian Proulx, President since 2016 to date.

The Proulx gathering at Neuville, QC took place on the weekend of August 25-26. It marked the 9th anniversary of the Proulx Family Association of America. Let us recall that Neuville was the place of establishment in 1676 of the pioneer Jean Prou and his wife Catherine Pinel.

Several activities were on the program in addition to the annual general meeting (AGM) which took place during the Neuville Festivities. We counted 35 participants and all of them said they had greatly appreciated.

At the end of the AGM, the Board of Directors announced the creation of a new position as Vice-President Information Technology (IT) and Communications, to our indefatigable webmaster Gilles Proulx. All the other officers were re-appointed to their positions, Jean-Pierre Proulx, Vice-President, Clément Proulx, Treasurer, Christiane Brisson Secretary and myself President. I cordially thank the directors for renewing their confidence in me to preside over the future of our association in 2017-18.

I would also like to reiterate my sincere thanks to Marie-Josée, who was unable to renew her mandate because of personal obligations and at the same time to welcome a new director in the person of Mr. Ralph Clément Proulx who, as a descendant of the pioneer Préaux / Proulx-Fleury, represents a 4th family stem at the CA.

The year that has just ended has been marked by major achievements presented in the activity report, but let me cite here two decisive elements: first, the trip to France that took us to each place of origin of each of the Proulx pioneers. We were warmly welcomed by the local authorities. Then, the spectacular advances of our website. We added many new features and a lot of new content including the genealogical database (free) containing more than 100,000 names. All this generated an impressive growth in attendance reflected on the Facebook page that reached almost 1,000 visits in the last week of August.

Our association looks forward to the future with enthusiasm and the promising projects are as it appears in the draft plan of action. However, I would like to point out three things that are close to my heart:

Let us all be One! This is our slogan and it is, as you would have understood, a call to your commitment to make your contribution to your Association whether by texts or posts, photos or translation of content, etc.

The first president of the Proulx Families Association of America. 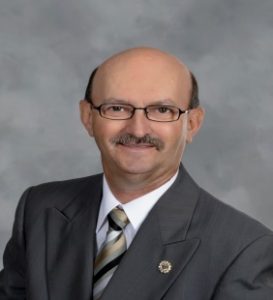 My story begins in 1996, back then, City of Rimouski celebrate their 300th birthday. It is then asked to a dozen of local pioneer families to prepare a weekly weekend gathering all summer long. I was then approached to create a temporary committee of 13 members. In the big Saguenay flood, we’ve received more than a thousand Proulx’s descendants. It was a success all the way down. Our bank account showed a balance of 6000$, the three-day gathering profit of their presence.

It’s only ten years later that the flame is revived in this adventure but this time, it was to create an association. As I kept all the money collected from our events in 1996, we had a head start financially. A plan comprehensive plan of actions was established after constructive discussions. All aspects of the creation of an Association is discussed. Searching for an official name for this new association brings interrogations. Finally, discussions lead to choosing a name that unites all the descendants from different Proulx ancestors in Canada and abroad, from bloodline or union. We request a new chart and receive our incorporation in May 2006. We’ve then prepared the Association statutes and rules. Our new adopted coat of arms was adopted and protected by copyright on December 1st, 2008.

Our first meeting, officially creating the Association was held on September 27th, 2008. The Association is a registered non-profit organization and affiliated to Fédération des Familles Souches du Québec (now Fédération des associations de familles du Québec). I was president for four years and replaced by Mr. Clément Proulx from St-Anaclet, Québec in October of 2011. I wish to grant posthumously a tribute to Mr. Jean-Paul Gauvin for his dedicated work and great collaboration during this long process of creating this Association. He was an administrator of the Société de Généalogie et d’histoire de Rimouski and his knowledge greatly eased our work.

In conclusion, I wish long life to our young Association in this ancestry timeline, it may be young but made giant leaps in a short period. I’ve seen new administrators appointed in those past years that made me believe that we’ll always be passionate about genealogy. Let’s continue in building Québec’s tomorrow.

The second president of the Proulx Families Association of America. 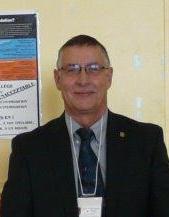 I was born in Les Hauteurs, a small parish located 40km south of Rimouski.

I’ve attended a small rural school where 1st graders to 7th graders were all together. Then, the small local college and finally in St-Gabriel, neighboring parish, where I’ve completed my 11th grade.

I’ve started driving trucks for awhile, about 5 years, in the Montreal area. I’ve then returned to school, college and university and got a job at St-Narcisse de Rimouski city, as a secretary-treasurer. I finally occupied a civil servant position in the Québec government in the health and safety board department for 25 years, 10 years as a team leader.

Upon retiring, one of my cherished projects was to create a Proulx family association. Doing some research, I’ve learned that a young association already existed, L’Association des familles Proulx d’Amérique.

I’ve rapidly became a member and the board proposed me to join them and I was appointed to vice president position.

When Langis Proulx left the president position in September 2011, I was appointed to that vacant position. I’ve proudly accepted and occupied this position until September 2016. My goals were to continue the work in progress, improve the organization, but most all, increase awareness of the existence of our Association. A good way to achieve this was also our participation at different Family Heritage conferences.

I wish to express all my appreciation and gratitude to board members, I should say Board members team’s who stand by me throughout the years and who contributed in making our Association what it is today. I’m confident that our Association will continue to constantly evolve and improve.

Members loyalty is one of the main assets and I wish to thanks them.